Life Before Legend {by Marie Lu} 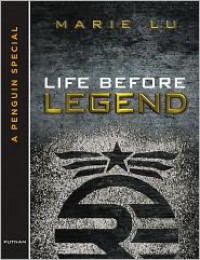 This review can also be found at the NerdHerd Reads.

I really enjoyed these stories. I thought they were a fun, interesting little perspective on how Day and June lived before the events in Legend

There are two short anecdotes here, one about Day and one about June, from when they were 12 years old.

For Day, we get the story of his first kiss. He's been out on the streets by himself for about two years now, just trying to survive. He was trying to steal food from a crate, when he gets caught by the 16-year-old daughter of the owner of the crates. She offers to let him come work in exchange for some food--and a kiss. The story was short and sweet, and and gave us some insight into Day's life on the streets. It shows us how much Day would do for his friends (although we already knew that from Legend). It also shows us Day's vulnerability, and how much he longs for friends, a family, stability. It was just an all-around cute story. (Although, am I the only one weirded about by the fact that a 16-year-old kissed a 12-year-old??)

For June, we get the story of her first day at Drake University. June is the first person ever to be admitted to Drake at the age of twelve. Being a prodigy, the Republic has their eye on her. June has skipped many grades before, and has never really made any friends. All she wants is some friends, but she really doesn't know how to go about making any, since she and her fellow classmates are so different. This results in a sort of showing off that June does, but if anything, it does the opposite of what she wants. On her first day of school, she is provoked by a sophomore, which results in her first discipline. This story gives us insight into her character, and foreshadows what is to come in the Legend series. Maybe not exactly the way Metias meant it, but we do know that she does in the Legend series.

I also like the way that the author weaves their stories together before they even know it. Day sees announcements of June's induction into Drake as the Republic's prodigy. June is late for her first day because of the accident Day causes. Even in Legend, there were some of these instances that their paths crossed without them realizing it. All in all, this was a nice little introduction to the two characters before their story in Legend. It was short, sweet, and very enjoyable to read. 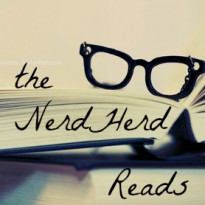